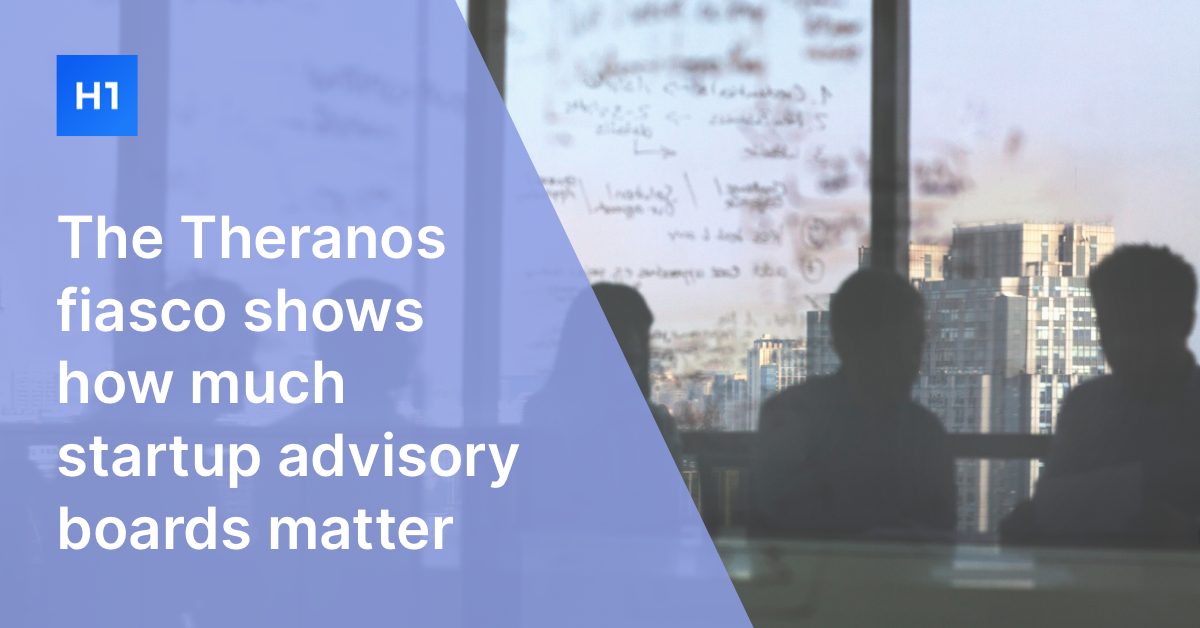 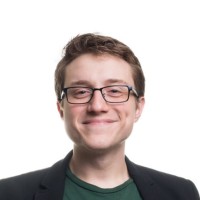 The epic fall from grace of Elizabeth Holmes holds lessons for everybody from CEOs to investors, commercial partners, the media — social or otherwise — and the Silicon Valley hype machine that is always hungry for a new breakout star and unicorn company.

For pharmaceutical companies, especially medical affairs, the important lesson from this sad and sordid affair is as simple as it is powerful: Your advisory board matters — a lot.

Then there was the lone medical professional, the former director of the U.S. Centers for Disease Control and Prevention, William Foege — unless you want to count Bill Frist, an M.D. focused on cardiac transplants who switched to politics long before he joined Theranos’ board. Holmes herself was a college dropout at 19, and Theranos COO Sunny Balwani was an IT professional by training and experience.

While big names attract attention and lend credibility, you need domain expertise on your advisory boards from the start. Real boots-on-the-ground expertise from advisers who know what they’re talking about because they’ve lived it every day.

Except for Foege, nobody knew the first thing about diagnostic testing, the technologies behind it, the challenges, the logistics, economics or even the biology. Mattis’ testimony in the Holmes trial makes this point clear.

“I thought all along that we were doing it on Theranos gear,” he told prosecutors, according to The Washington Post. He took the word of Holmes and the senior leadership team that the technology worked. Without any experience in the field, that’s probably pretty much all he could do.

What the board needed — and members should have insisted much earlier that this expertise needed to be added — was people capable of looking under the hood and scrutinizing every aspect of a system, that, if real, would make every other diagnostic testing system out there look like child’s play.

It was only in 2016 that Theranos added what Fortune magazine called a “startlingly well-qualified medical board.” Which it was. But by then, apparently, it was too late.

The first lesson learned from this debacle is intuitive: While big names attract attention and lend credibility, you need domain expertise on your advisory boards from the start. Real boots-on-the-ground expertise from advisers who know what they’re talking about because they’ve lived it every day.

Advisory boards in (bio)pharmaceutical companies don’t normally feature secretaries of state or defense, but the risk associated with a board consisting only of high-level, international key opinion leaders can be similar: They are highly sought after, incredibly busy and might not be in a good position to dig into the data and details. They might keynote panels at the most prestigious conferences, know everybody who is anybody in the therapeutic area and publish in high Journal Impact Factor magazines, but do not see patients.

While advisory boards absolutely need these big names to inform strategic decisions, they also need members who can get into the weeds, help answer relevant, detailed medical questions and identify unmet medical needs of different patient populations. A highly functioning, diverse board needs to be in place to advise companies early on.

Once things have gone awry, even a “startlingly well-qualified” board might not be able to turn things around.

Job description: Rebel with a cause

Lesson No. 2 relates to the interesting case of the lone expert on the board: Foege was one of the most loyal Theranos supporters and the longest-tenured Theranos official (except Holmes) when the Theranos house of cards came tumbling down.

As this example shows, people, even experts, get sucked into the hype. That’s why it is good to have a “rebel” or two on your board, i.e., experts, often rising stars, who question convention, challenge the status quo, deeply vet the data and are not afraid to argue with the luminaries.

While it is easy to say, “Find yourself a couple of rebels driven by the cause of improving patient outcomes,” this is one of the more difficult advisory board positions to fill. Those who question established approaches might not be recommended by the experts they challenge. Therefore, the popular ways of building boards by asking established members for recommendations might prove ineffective or even counterproductive when it comes to these critical members.

This leaves medical affairs or commercial teams in life science companies with the tough job of finding these emerging experts with an independent streak using different approaches.

Scientific publications can be used as an early indicator of emerging experts. The number of publications, the impact factor of the journal and, importantly, the actual work they publish can help identify exceptional talent.

Social media is an emerging but increasingly important source of information. What healthcare providers communicate and whom they target, e.g., patients or colleagues, can help paint a more complete picture, especially of early-career professionals. Awards, active membership in medical societies, especially participation in guideline development committees and international collaborations are other factors companies consider.

Once found and onboarded, these emerging experts may turn out to be a pain in the neck, but if that means not going down the wrong path, that pain is well worth it.

The good, the bad, the ugly

The third lesson is an indirect one: A lot of time, energy, money and sleepless nights go into assembling an advisory board. Now use it for all that it’s worth.

Theranos never did this; they couldn’t, because their board was not meant to provide real oversight or ask hard questions. It was designed to help raise funds, inspire awe, squelch doubts and shut down criticism by the power of its members’ reputation. It did this very successfully — until it didn’t.

Criticism, while not pleasant, is vital, and therefore the goal must be to foster a culture of openness that encourages hard questions, deep vetting of data, fact-checking and constructive criticism.

The advisory board is just the place to have those open discussions among experts. As the Theranos example shows: If you fail to address challenges in the circle of trusted advisers, you might end up having to discuss them in public or — in this case — a court of law.

Your advisory board matters — a lot

Boards are critical to success, whether it is the success of an entire company or a specific drug development program. To live up to that expectation, boards of any description need diverse members who are highly qualified, engaged, collaborative and not afraid to ask uncomfortable questions and keep asking them.

The burden on boards in the life science industry is especially great because people’s health and lives are at stake. We might never know whether patients died as a direct result of Theranos’ misdiagnoses, but an “untold number of people were harmed by the erroneous results: Some underwent unnecessary procedures, received misdiagnoses of serious conditions and experienced emotional turmoil.”

The burden of vetting, questioning and fact-checking is on the board. The burden of building a board that is able to do so and takes that responsibility seriously — and enabling it by creating an environment of openness and trust and really listening to its input and feedback — is on the company.

Theranos starkly shows the possible consequences of failing to do so. 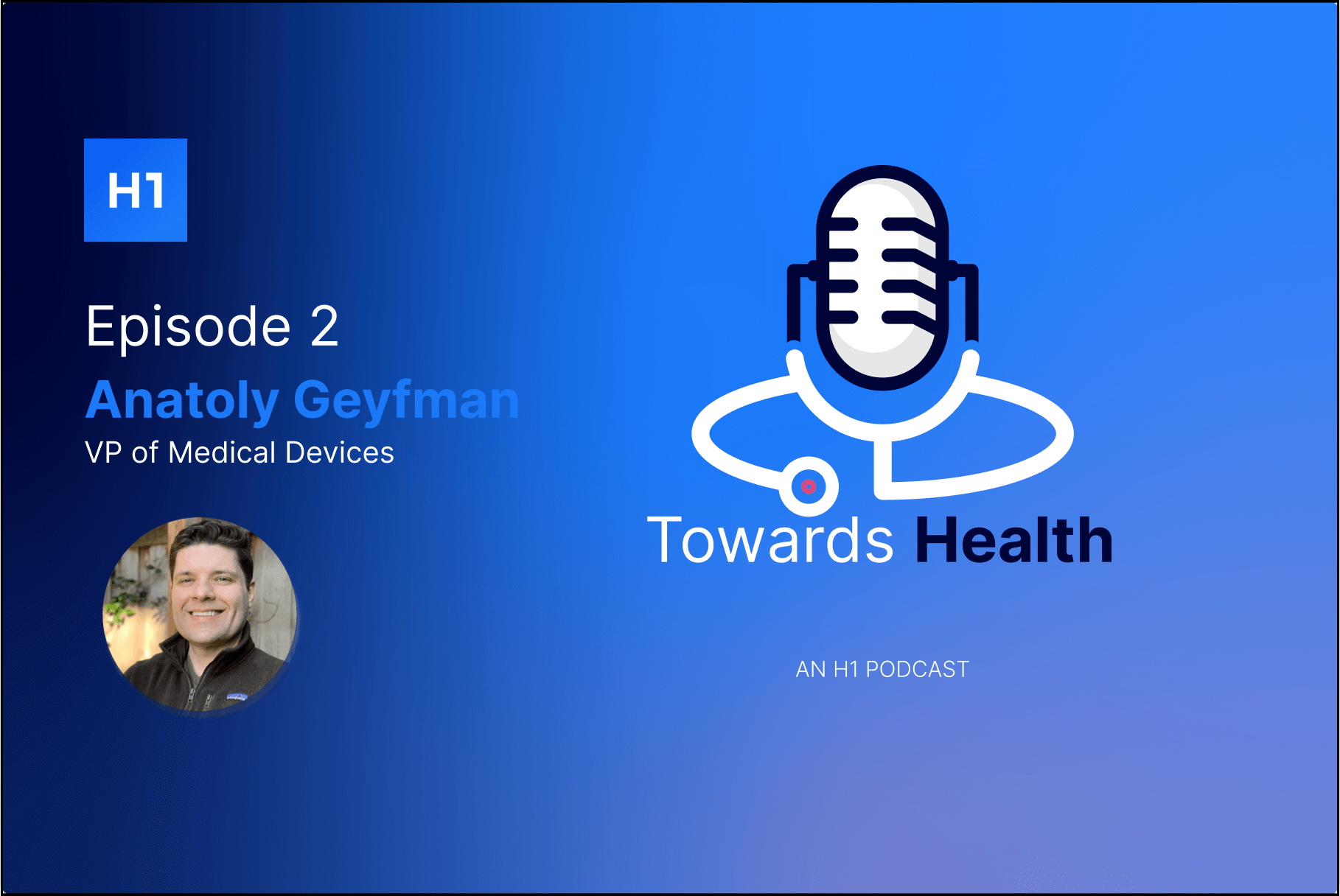 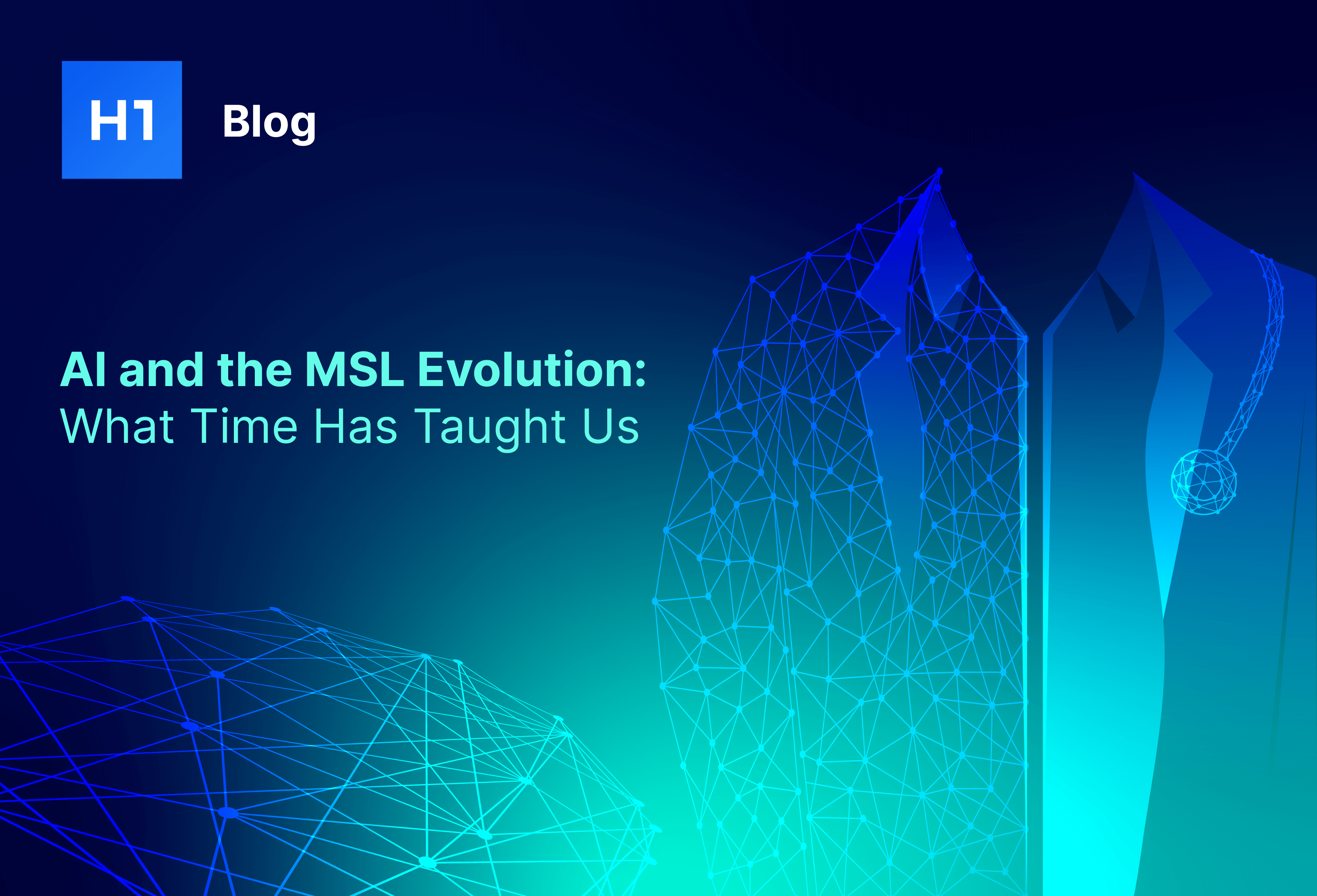 AI and the MSL Evolution: What Time Has Taught Us 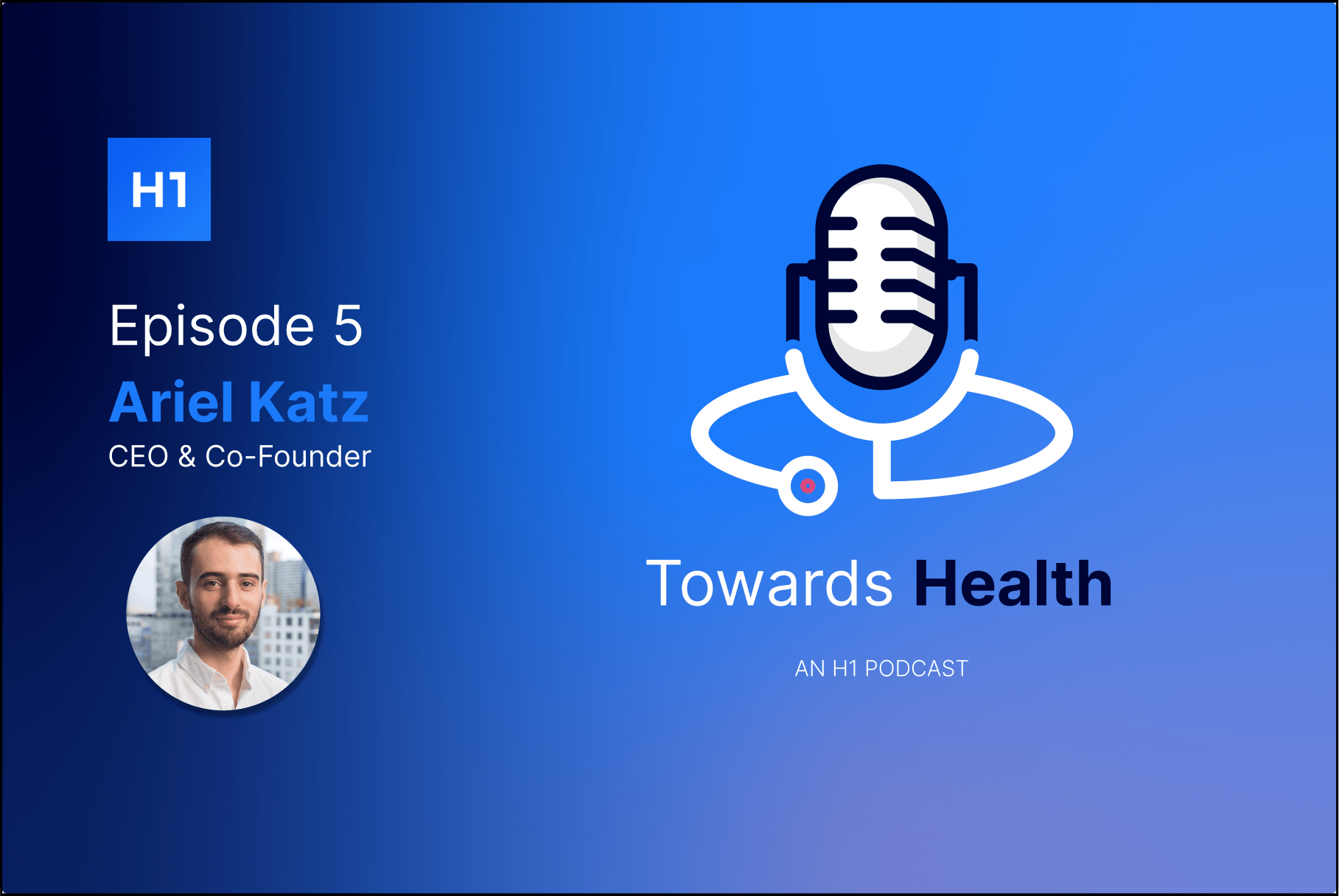 H1’s Towards Health Podcast: Episode #5 -AI and the Pharma Revolution 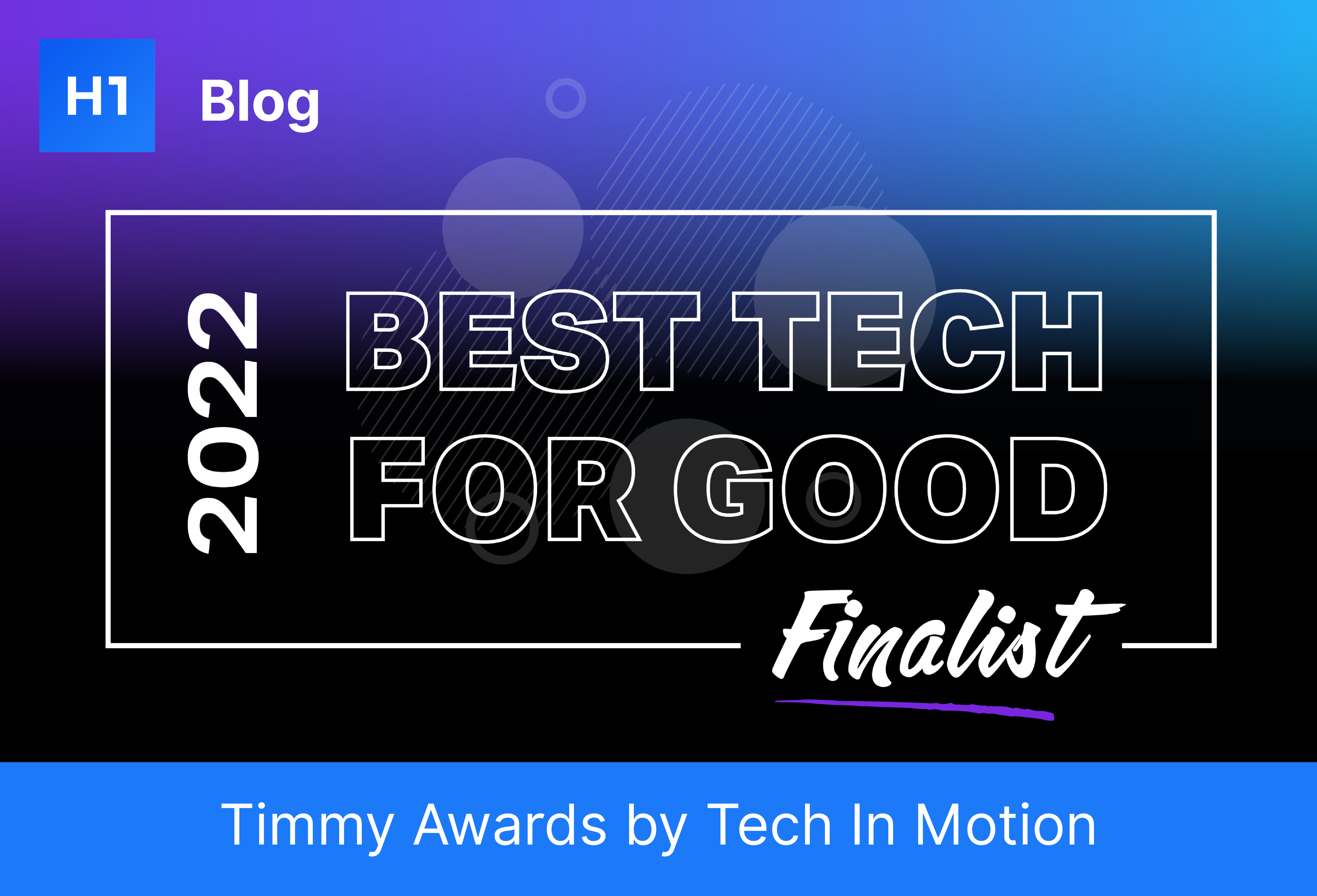 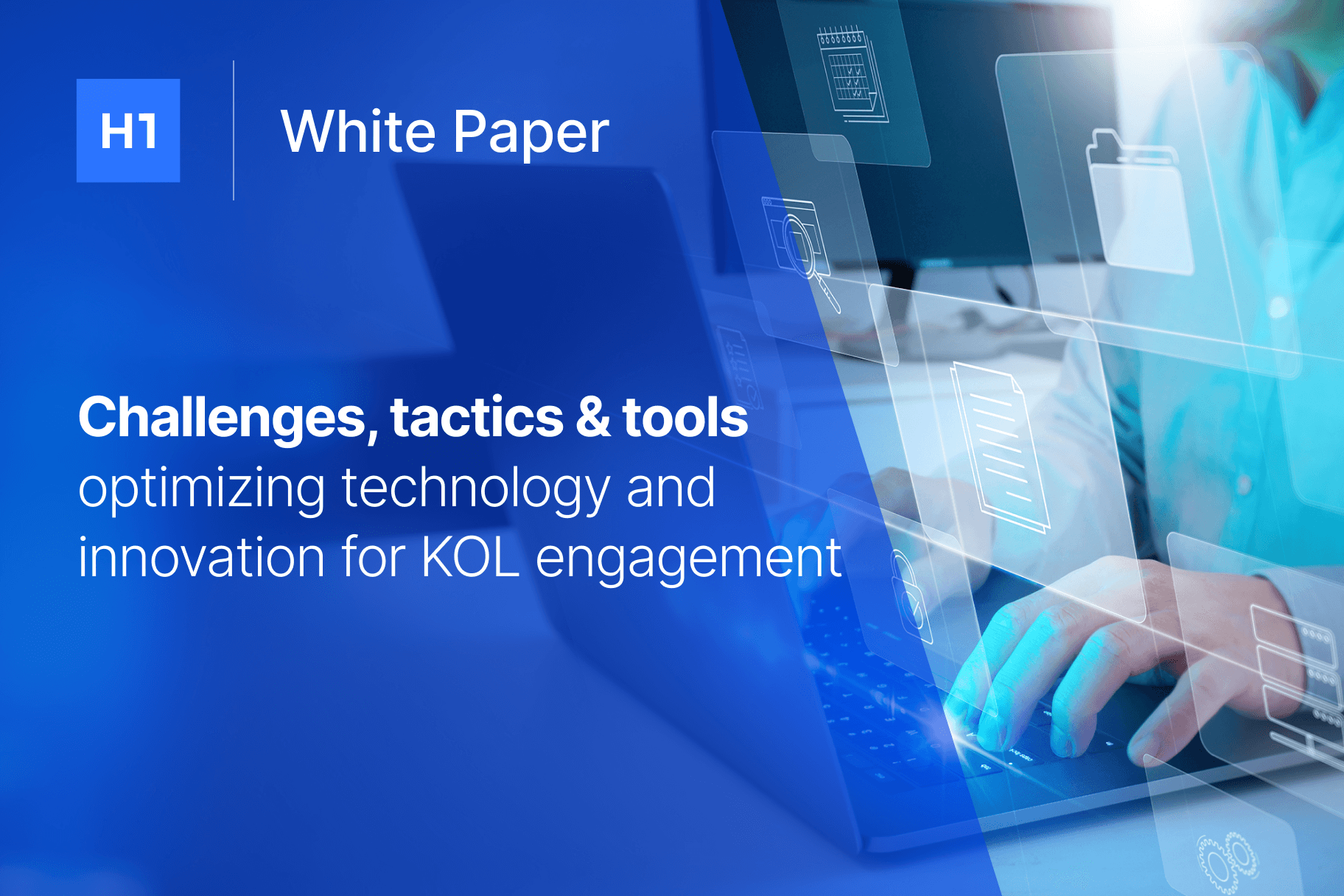 Past the Podium: A New Tech Stack for Medical Affairs 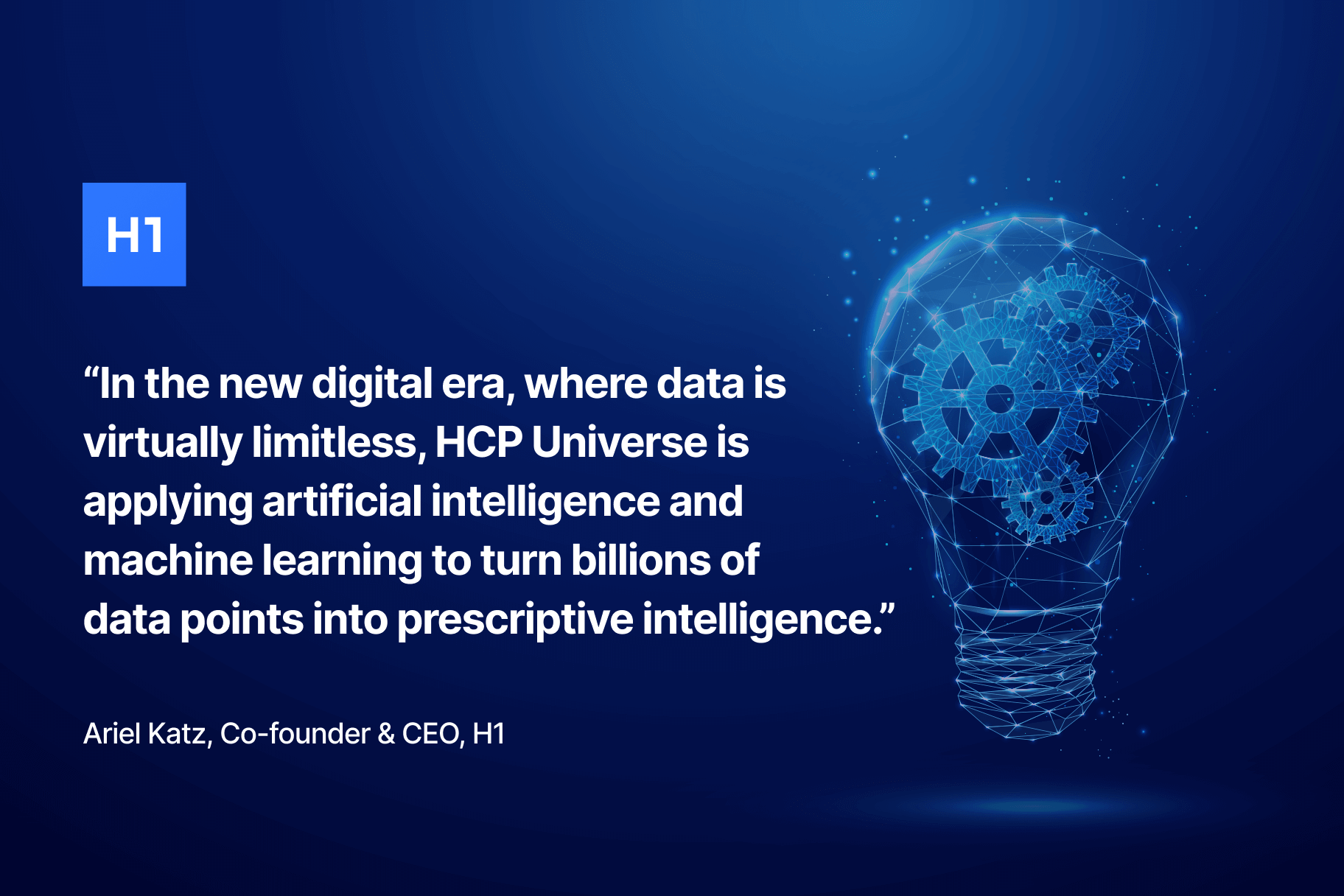 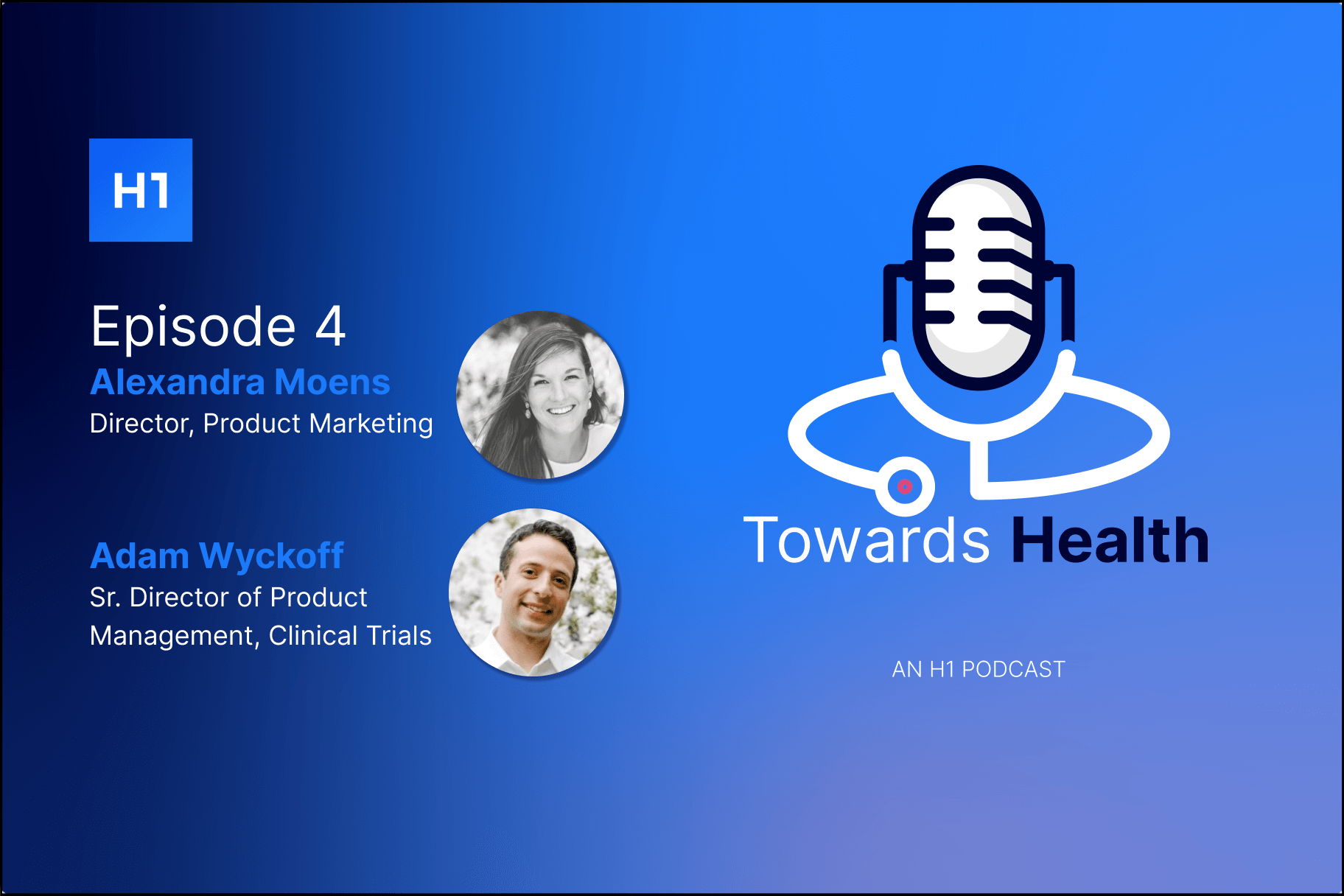 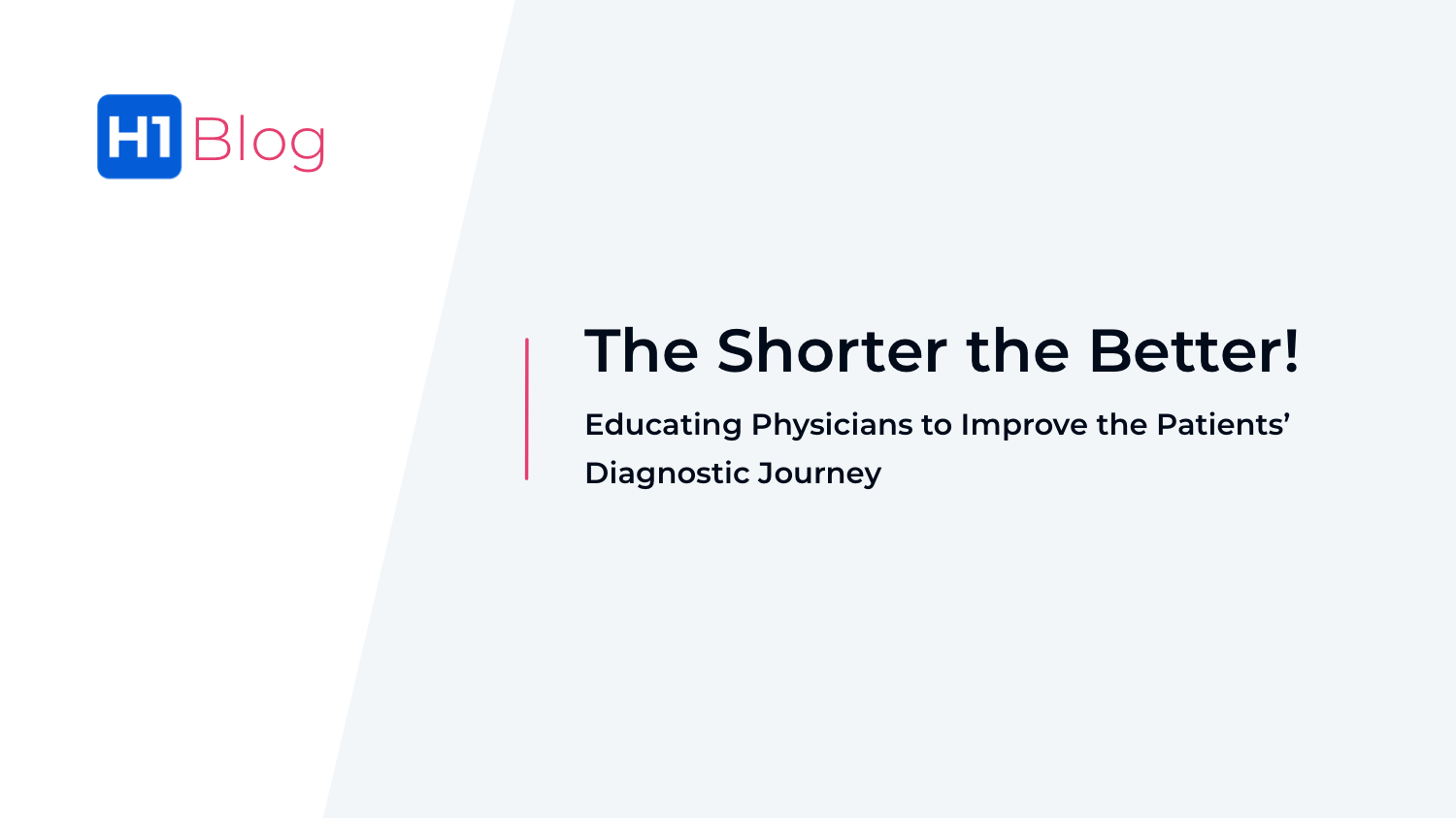 The Shorter the Better! - Educating Physicians to Improve the Patients’ Diagnostic Journey 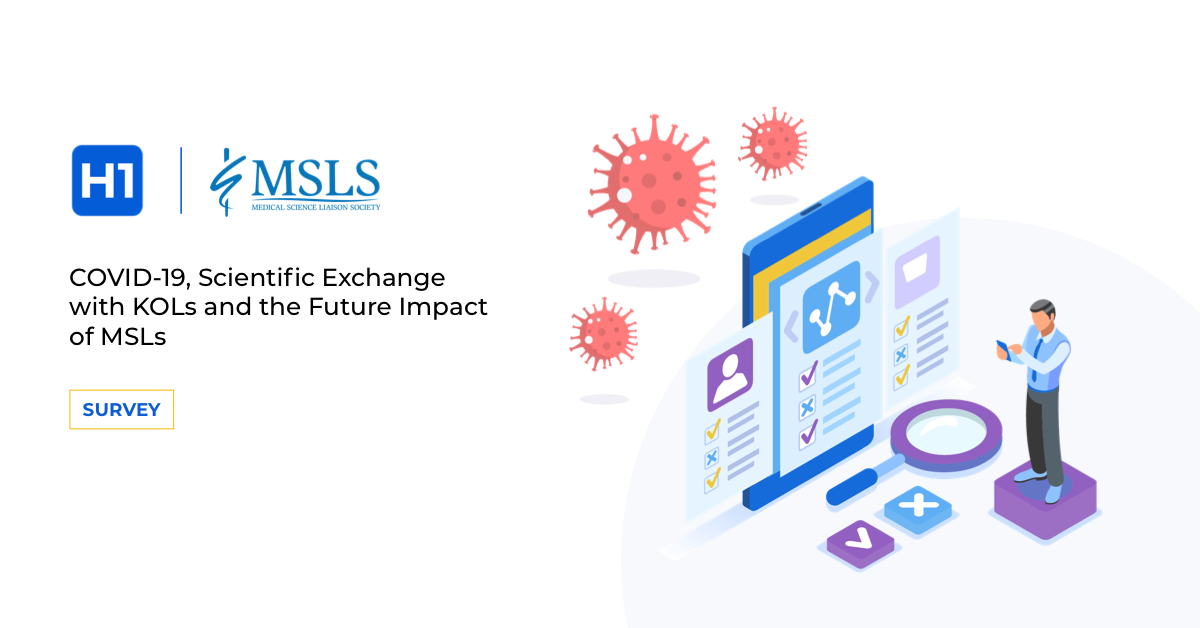 Survey: COVID-19, Scientific Exchange with KOLs and the Future Impact on the MSLs 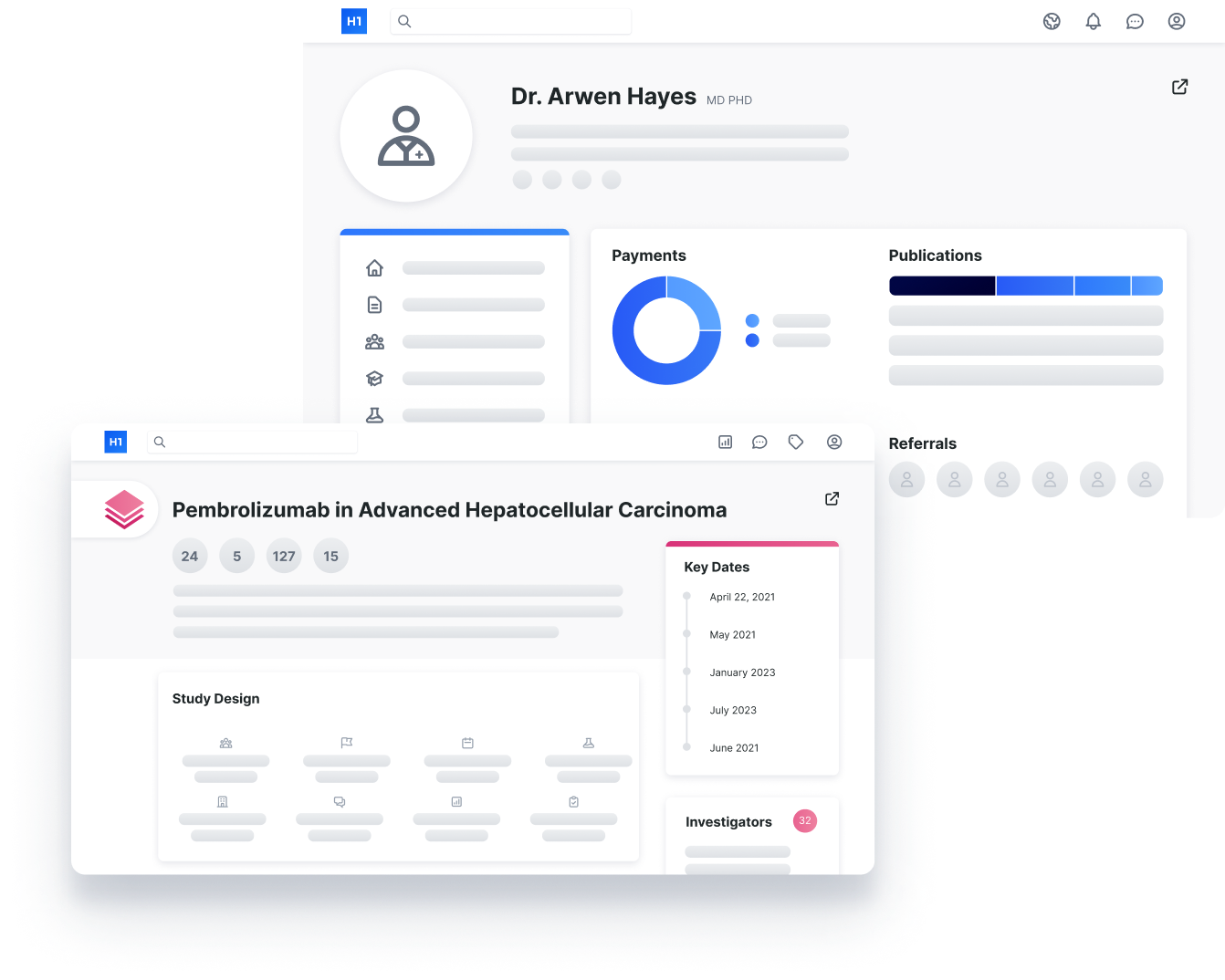